As I mentioned yesterday, I have a bit of a keyboard problem. Despite having owned dozens of mechanical, touchsurface, experimental, and otherwise weird keyboqards and other input devices, I had never built one myself. (I bought an ErgoDox Infinity kit at one point, but sold it after more than a year of never getting around to it.)

In late 2019, I wound up with an Atreus 2 PCB, and resolved to finally build a keyboard myself. I am very boring and just want all blues all the time, so the switches were easy, but I was a lot less sure about the case. After fiddling with SVGs for two days, I finally managed to order lasercut parts from Ponoko for a maple case, to match my Keyboard.io Model 01.

Some generous spray applications of polyurethane later (also to match the Keyboard.io finish), I managed to break the topcase while trying to jam in switches 😬. Happily, it turned out totally fine after some wood glue and a day of clamping!

Soldering in the switches was a lot less difficult than I expected, based on my limited past experience soldering things a lot trickier than post-and-hole connections. I still had to go back and fix maybe 5-6 connections that didn’t quite take the first time, but it felt pretty straightforward.

The last tricky bit to assemble was finding screws the right size, length, and head shape. I tried to countersink the screws into the bottom case plate and it… sort of worked, although none of the screws wound up flush. The case is solid, and it doesn’t matter that the screws stick out 1mm since I needed to add rubber feet anyway to keep the case from sliding around.

Overall, I’m really happy with it! After a few nights of fiddling and a couple of PRs, I even got my Kaleidoscope firmware up and running on it. Now that I finished I’m of course already starting to think about assembling something much harder, like a Dactyl Manuform. 😂

If you’re interested in an Atreus 2 of your own, check out the Keyboard.io Atreus 2 Kickstarter, which starts in two days on March 17. 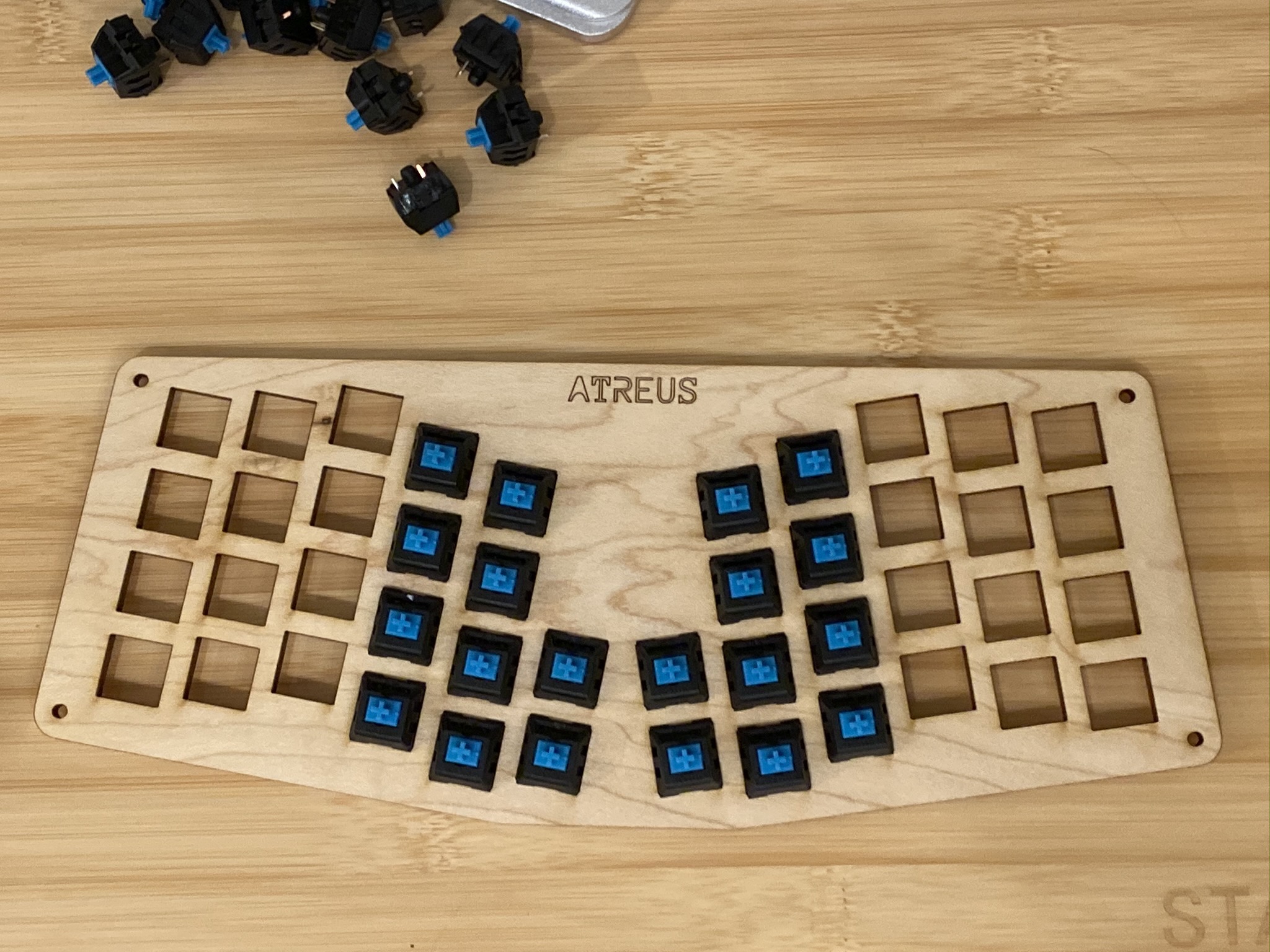 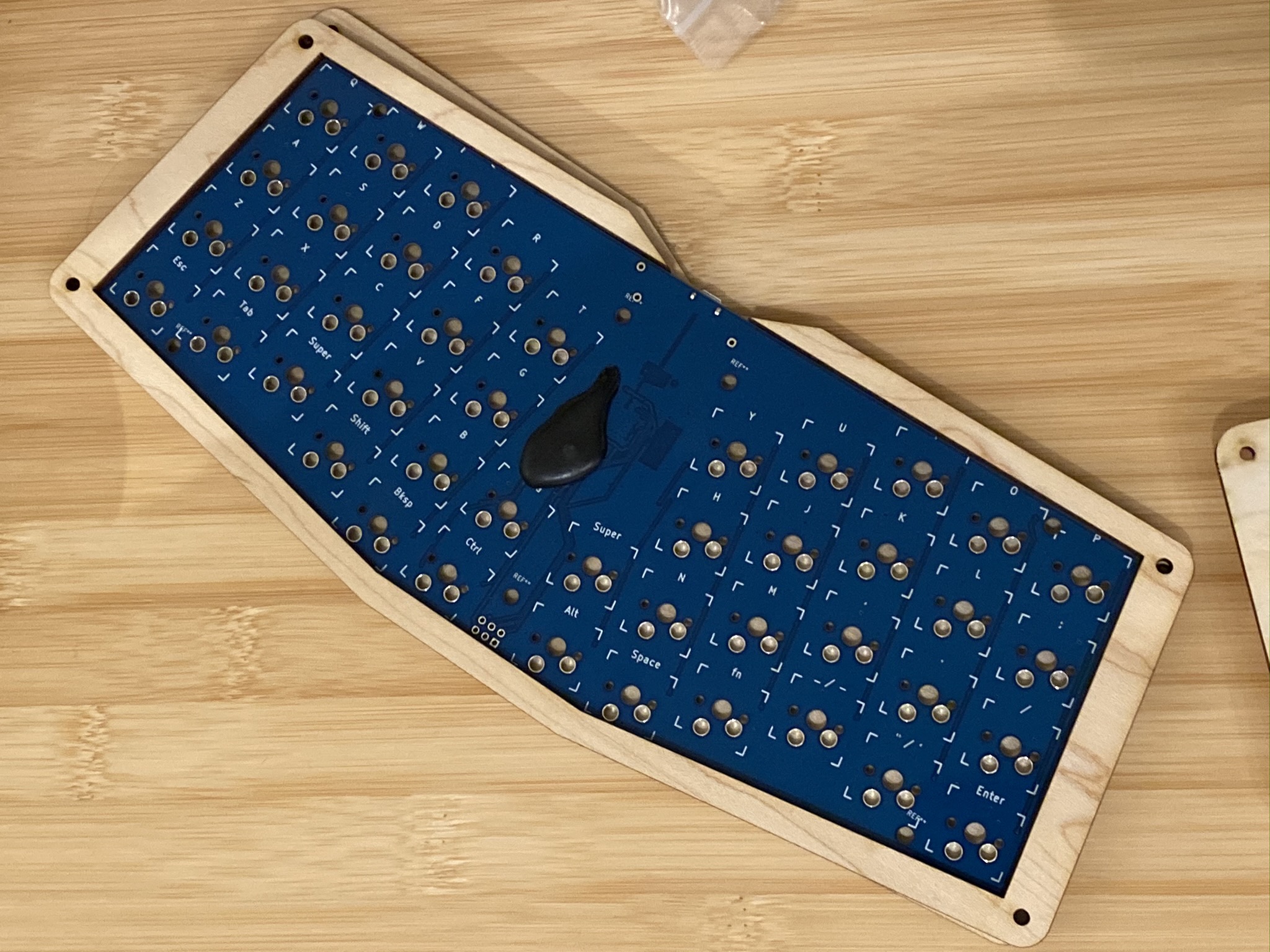 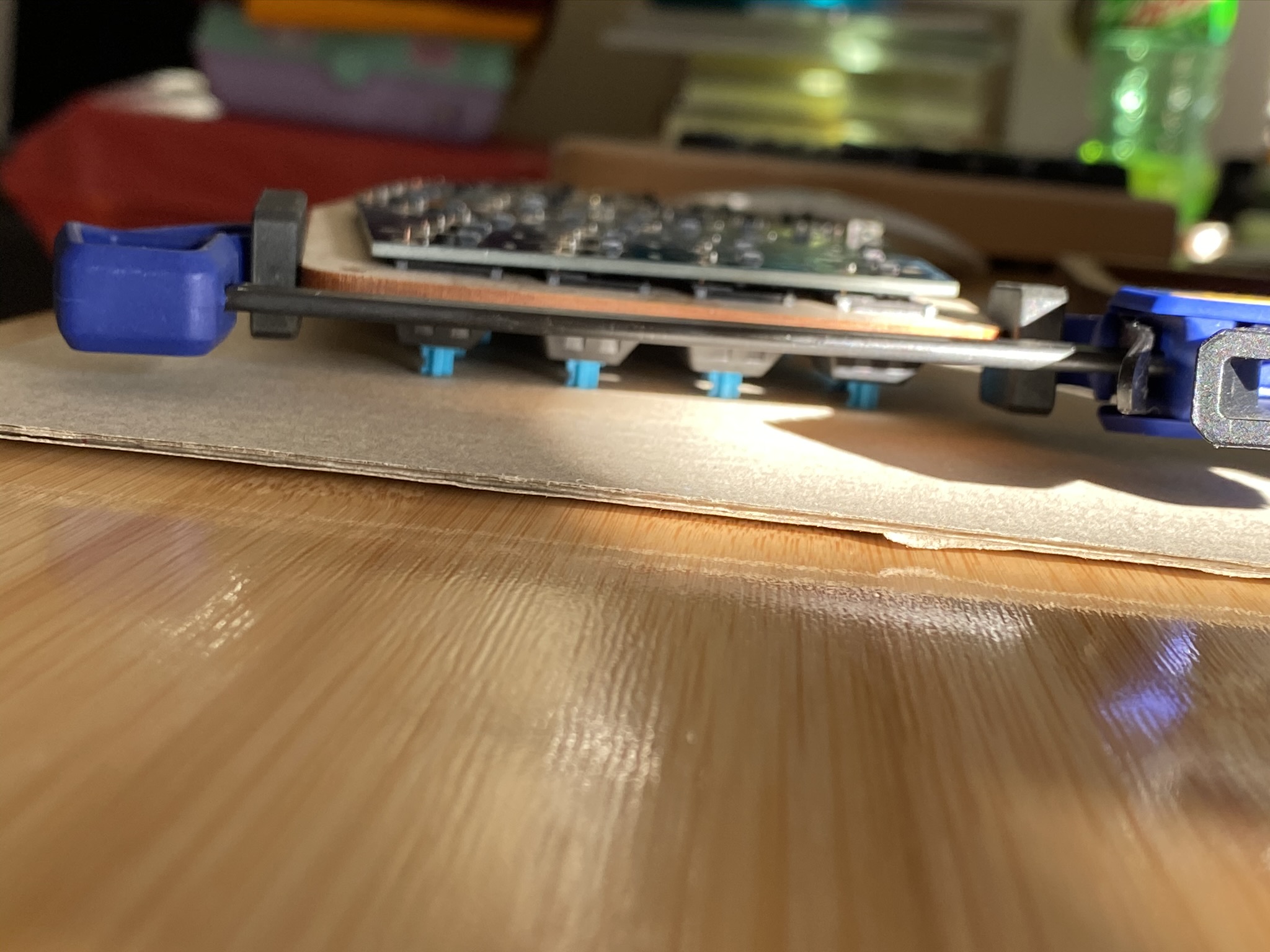 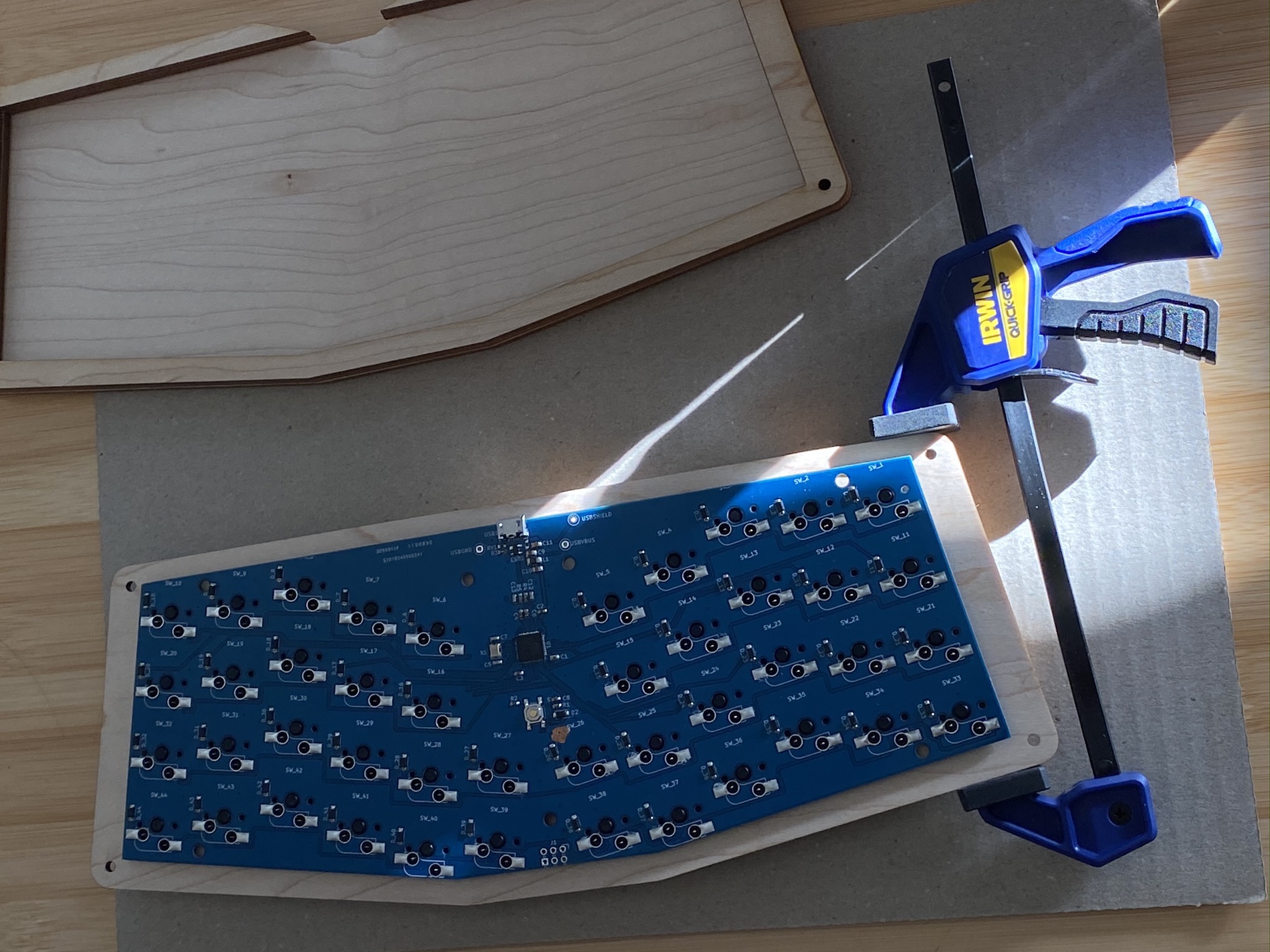 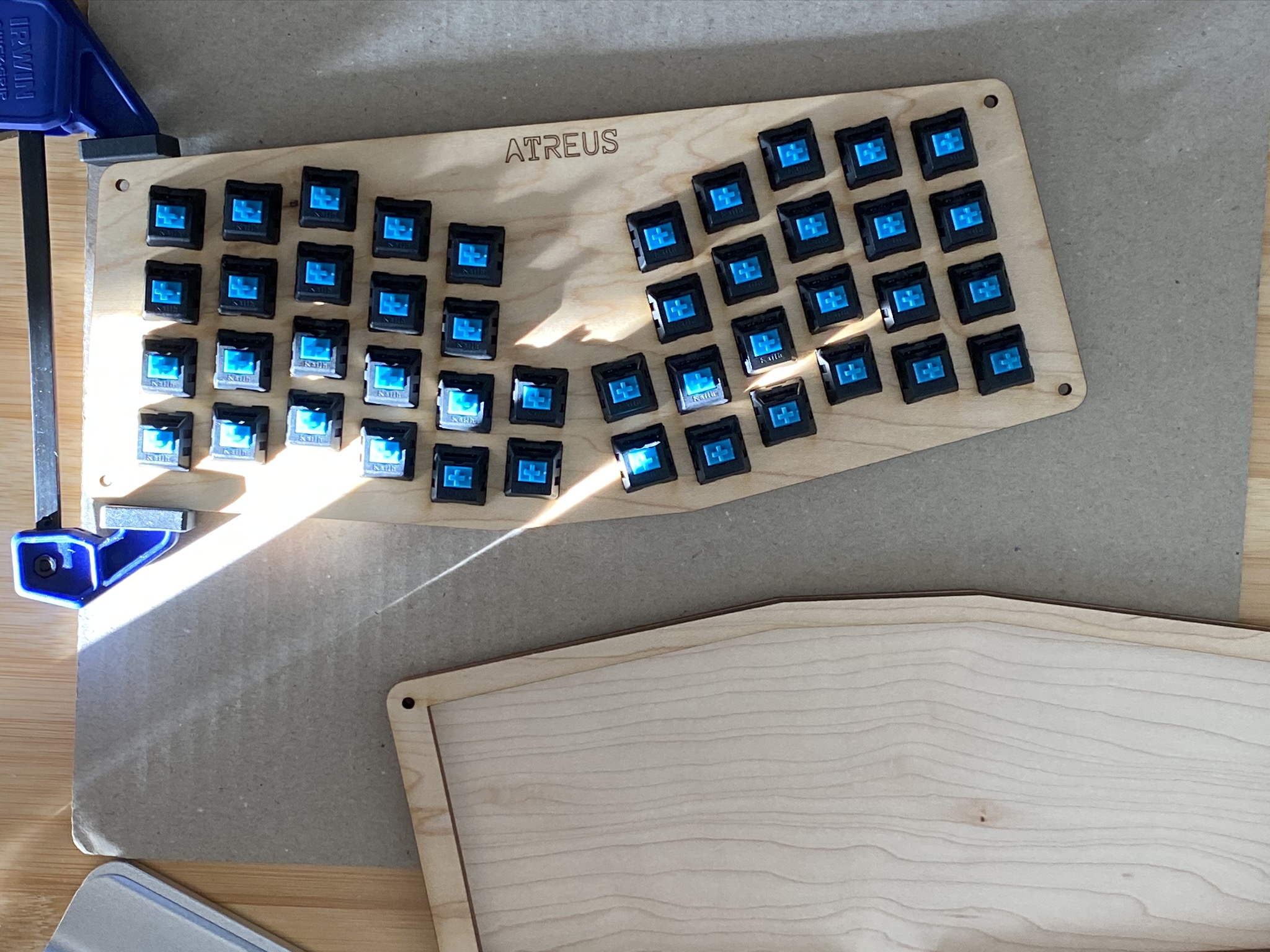 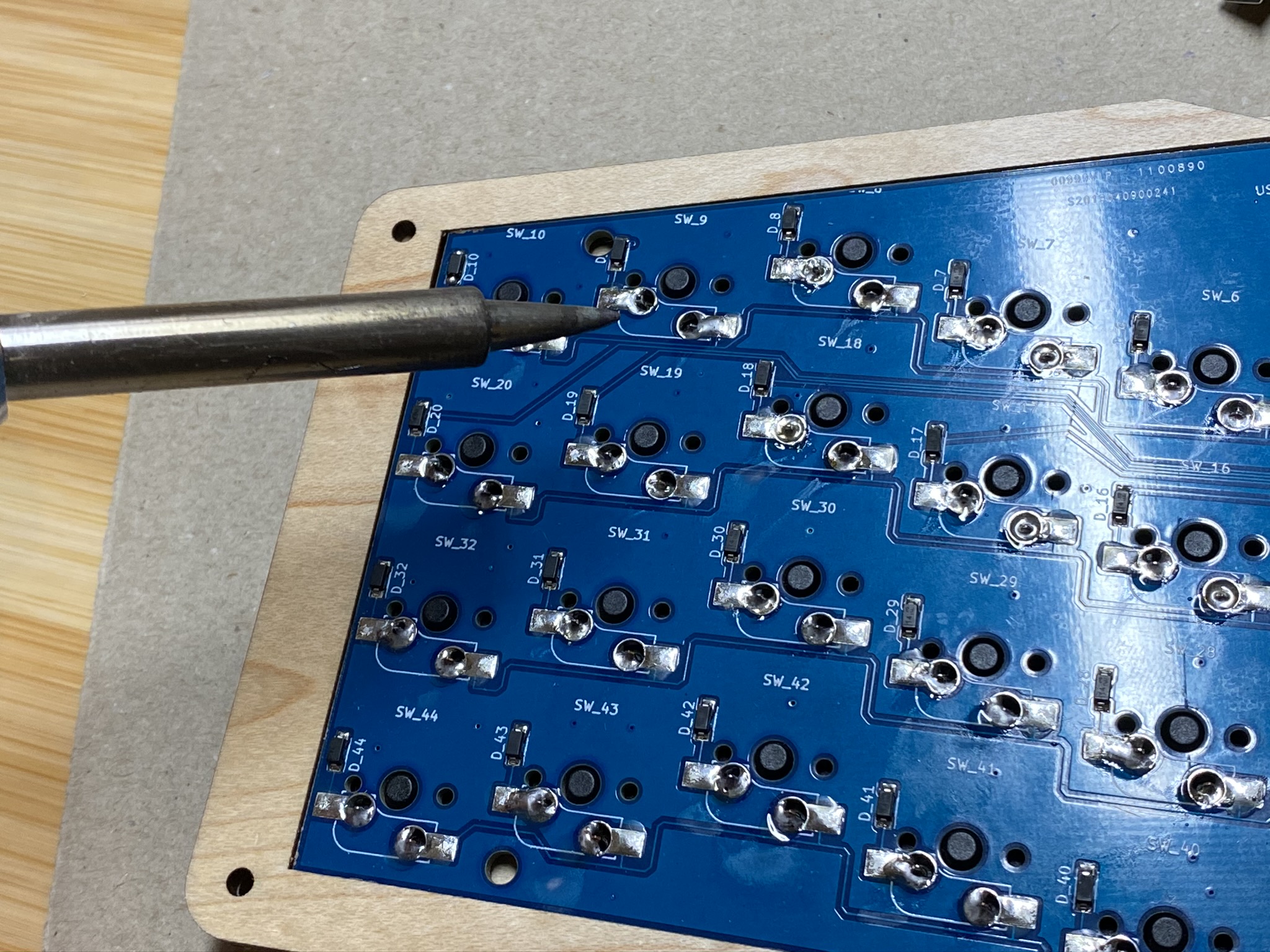 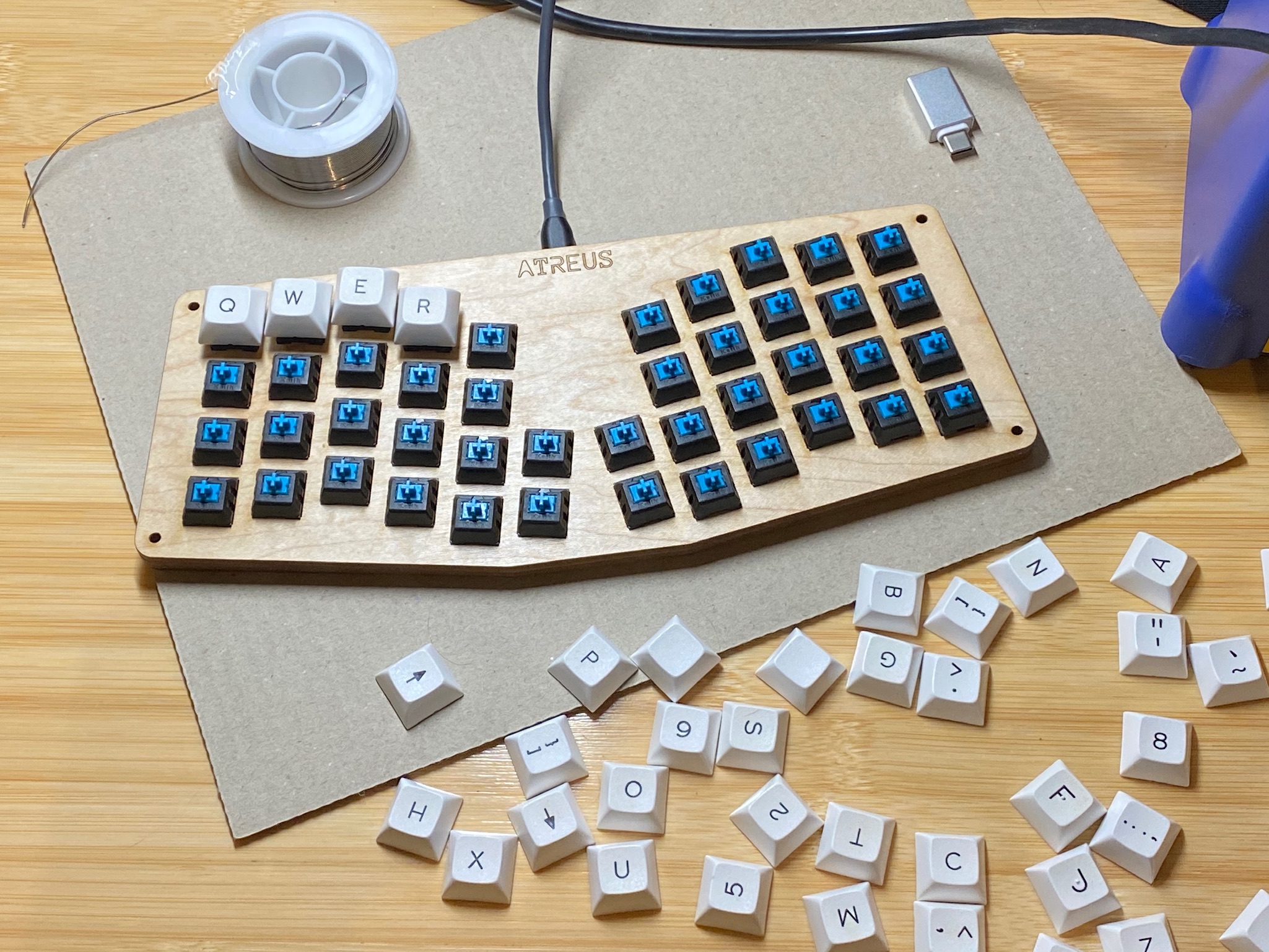 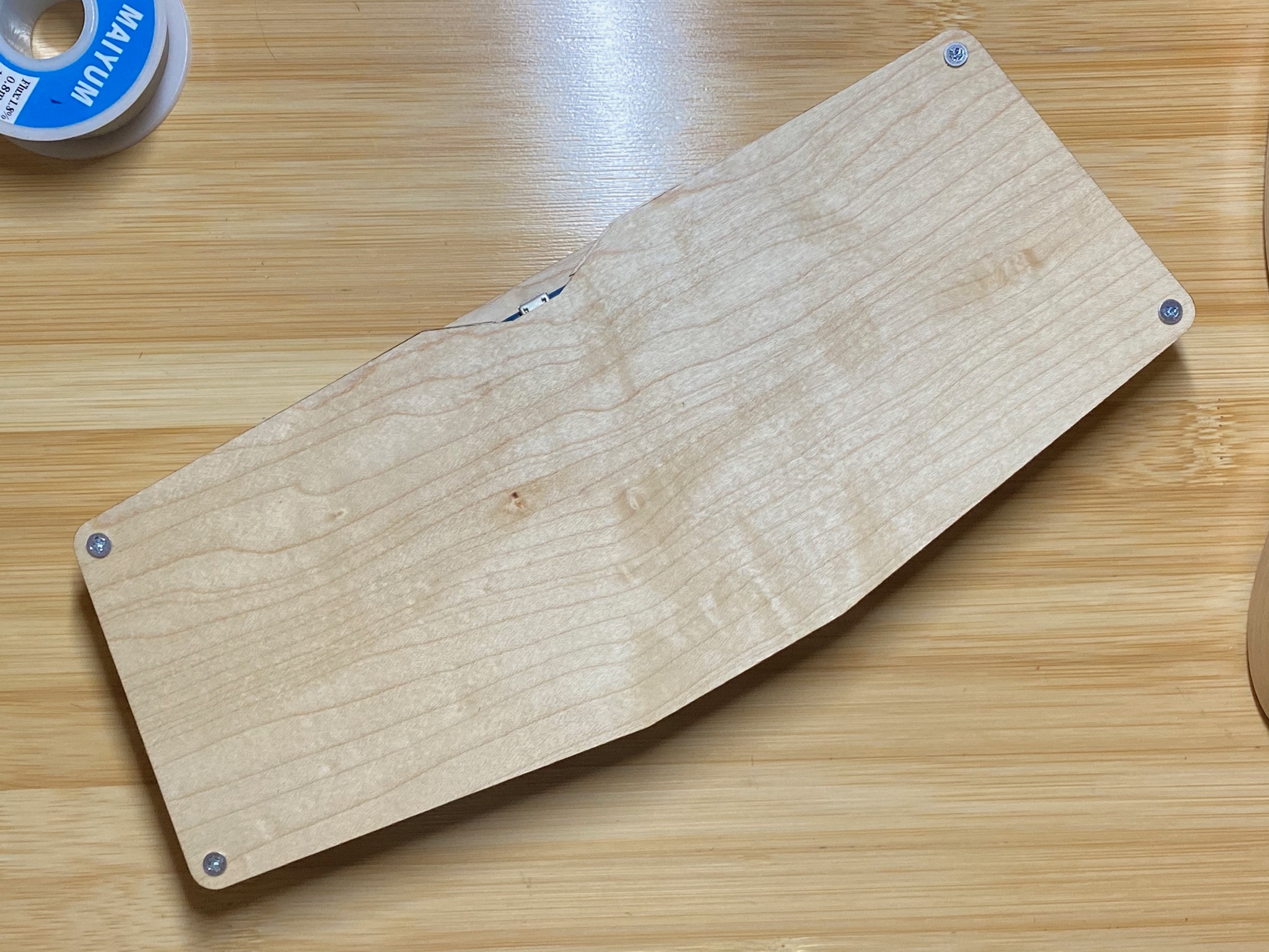 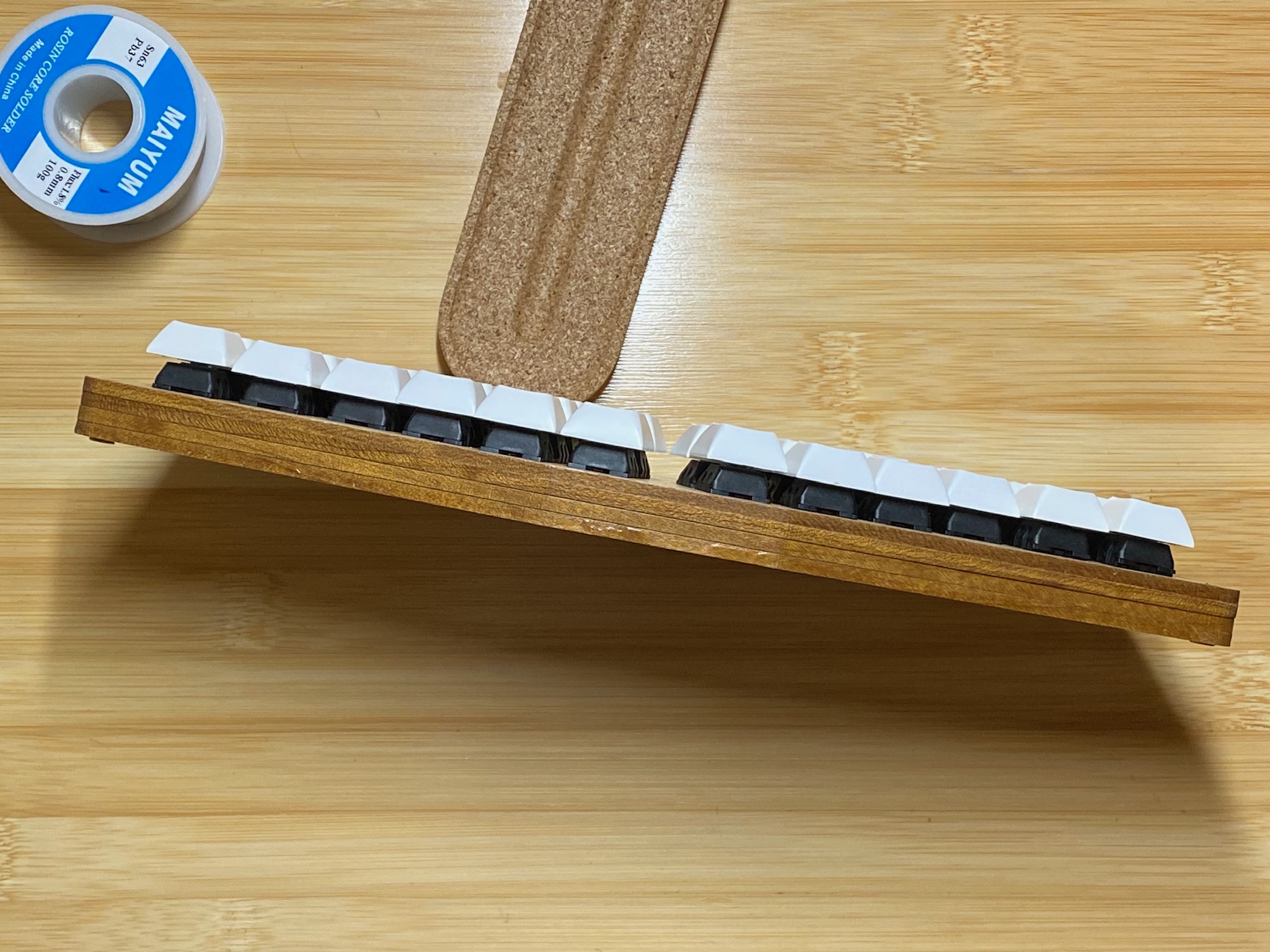 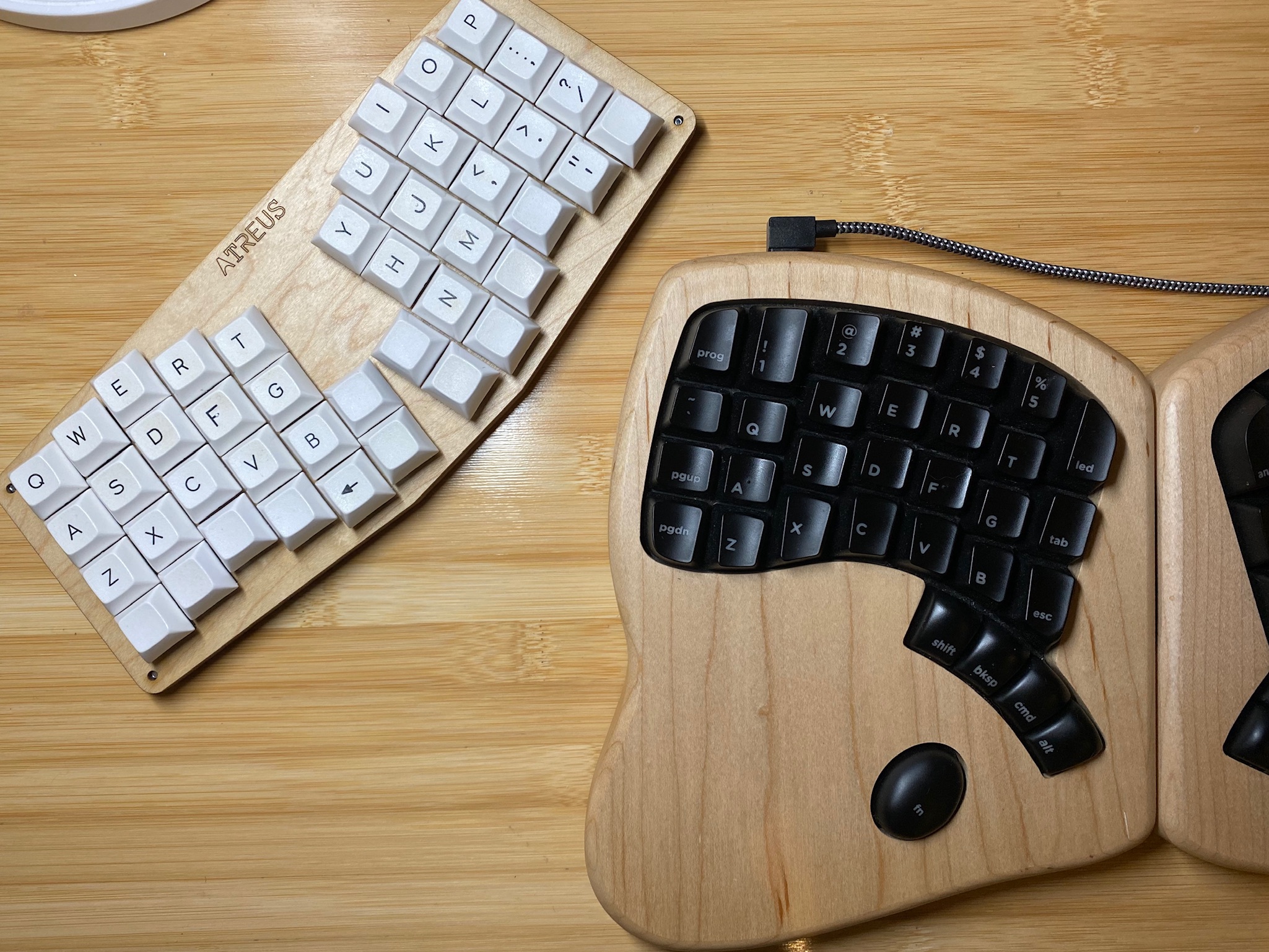 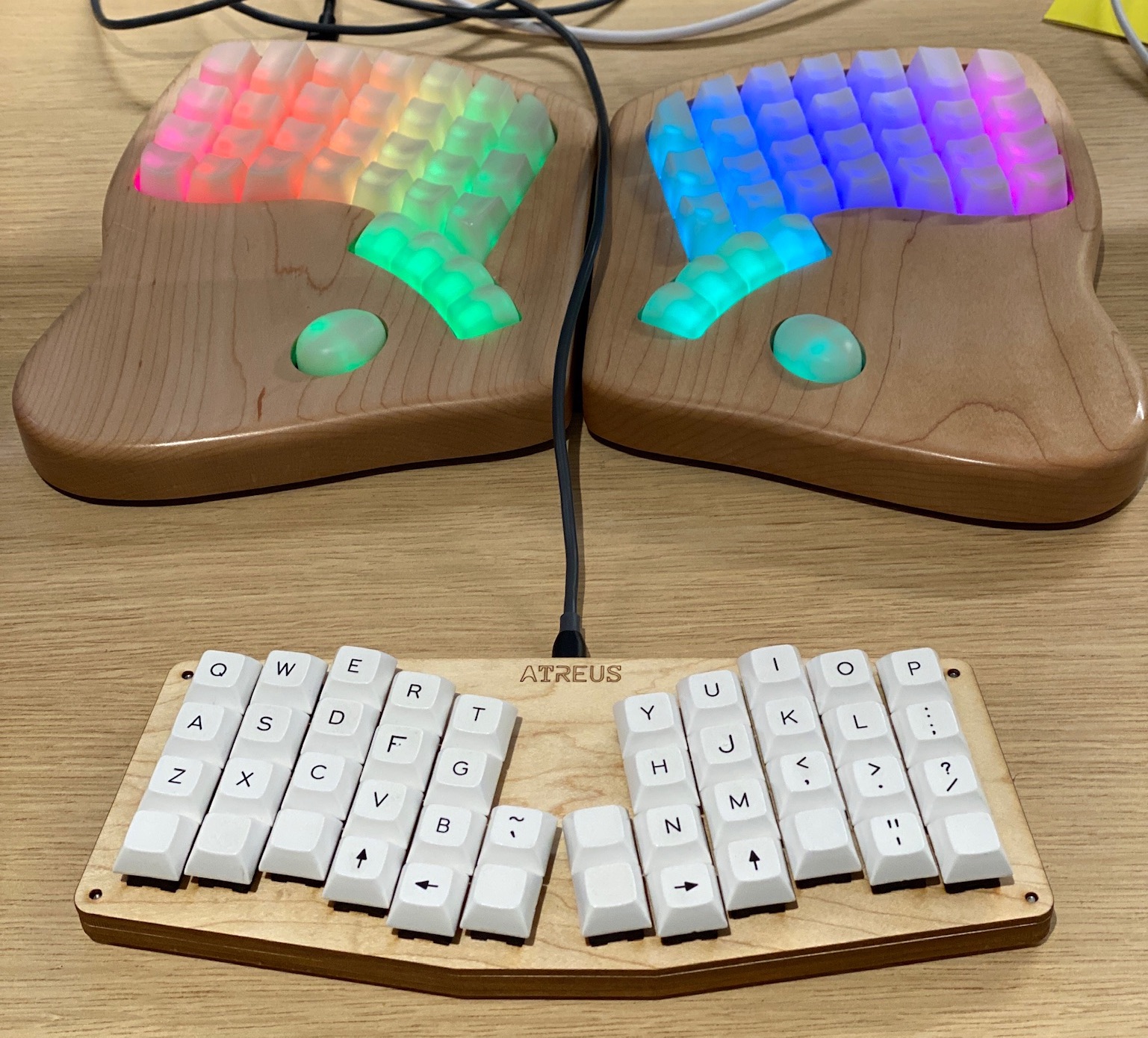